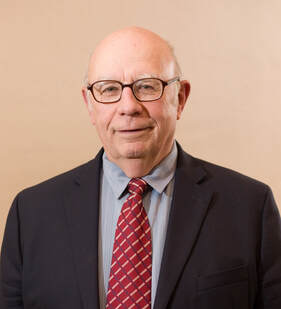 Colonel (ret) John Bryant, U.S. Army, is a native of Childersburg, Alabama and very proudly graduated from the U.S. Military Academy in 1970.  Commissioned in the Army's Field Artillery branch, he graduated from Airborne and Ranger schools before basic officers' training and an assignment in a field artillery battalion in the 2nd Infantry Division on and near the Demilitarized Zone in the Republic of Korea.  An assignment in an airborne field artillery battalion with its 'can do anything' (and 'did do most things'!) paratroopers in the 82d Airborne Division at Fort Bragg, NC followed.  Unexpectedly and sadly, this was John's last assignment directly 'with the guns' and the cannoneers who serve them.  John and then-Captain Linda (Ahrens) Bryant, U.S. Army Nurse Corps, had met on a cruise ship when John was leaving his first assignment in Korea and Linda had finished a tour in Hawaii and boarded John's ship in Honolulu enroute San Francisco.  That was great fortune for John as he and Linda married in Fort Bragg's Main Post Chapel on Labor Day weekend in 1976 with many field artillerymen and Army nurses in attendance, a perfect mix.  Shortly thereafter, John's orders sent him to graduate school in the University of Arizona, Tucson, Arizona, while Linda served in the Army hospital at Fort Huachuca, Arizona.

John's career following graduate school was a series of theater intelligence and strategic policy assignments in senior U.S. Army, U.S. joint services, and multinational headquarters in U.S. Forces-Korea in Seoul; Army intelligence in D.C.; the Army's senior headquarters for the Pacific theater in Hawaii; U.S. European Command in Stuttgart, Germany; and NATO Headquarters in Brussels, Belgium.  John's final assignment in his twenty-seventh year of active service was the Senior Regular Army Advisor to the Hawaii Army National Guard and Hawaii Adjutant General.  John is a graduate of the U.S. Armed Forces Staff College and, in the time when 'nonresident education' required long weekend seminars and/or written and mailed correspondence work, John earned MA degrees from the the University of Northern Colorado and Salve Regina University and degrees from the U.S. Army Command and General Staff Course, USAF Air Command and Staff Course, U.S. Naval War College, and USAF Air War College.
​
John and LtCol (ret) Linda Bryant retired to Tucson, Arizona, in January 1997 to a life of volunteering and international travel.  Looking back on his Army career, John is proud that he and Linda wore 'the cloth of the U.S.' since, in his case, he was sworn in as a West Point Cadet on 1 July 1966.  He knows his personal contributions to securing our great nation were small but part of a much greater and successful whole.