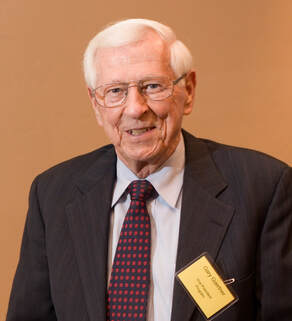 Dr. Guertner served as Dean of the College of International and Security Studies, at the George Marshall Center for European Security Studies in Garmisch, Germany, from 1998 to 2004. Prior to joining the Marshall Center, he was Chairman of the Policy and Strategy Department at the U.S. Army War College where he previously served as Director of Research at the Strategic Studies Institute, and Professor of Strategy.  Dr Guertner was the first civilian to be appointed a department chairman.  He was appointed to the College Board of Visitors in 2011.

He served on the staff of the U.S. Arms Control and Disarmament Agency in the Bureau of Strategic Programs where he participated in the START and Defense/Space working groups.

Before joining the faculty at the Army War College, Dr. Guertner was Professor of International Relations at California State University, Fullerton, and adjunct professor at the University of California at Irvine.

He served in the U.S. Marine Corps, attaining the rank of captain. He served one tour in the Republic of Vietnam where his duties included rifle platoon leader in the 1st Bn, 5th Marines and advisor to South Vietnamese Forces.
Dr. Guertner graduated from the University of Arizona where he also earned his master's degree.   His Ph.D. is from Claremont Graduate School. He has published over sixty articles on defense and foreign policy for scholarly journals. His most recent books are: The Last Frontier: An Analysis of the Strategic Defense Initiative; Deterrence and Defense in a Post-Nuclear World; and, The Search for Strategy: Politics and Strategic Vision.

​He has served as adjunct Professor at the University of Arizona and the Bush School at Texas A & M where he taught courses on National Security and American Foreign Policy.  Dr. Guertner serves as Program Chairman for the Tucson Committee on Foreign Relations.  He was also a member of a DOD training team that provided regional, cultural, and counter-terrorism seminars for military units deploying formally to Iraq and more recently to Afghanistan.