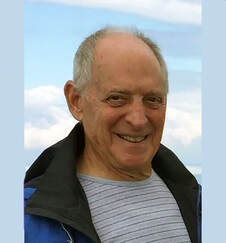 Dr Metzner is board certified in two specialties recognized by the American Board of Medical Specialties: Plastic Surgery and Otolaryngology (ear, nose and throat surgery). He is a past member of the teaching faculty of Harvard Medical School and wasClinical Professor at Louisiana State University School of Medicinefrom 1977 to2007.He served as a visiting professor at the Nassau County, New York Medical Center, and at the Medical College of Wisconsin, and as visiting lecturer at the University of California, San Diego. Dr. Metznerpracticed cosmetic plastic surgery in the Greater New Orleans area from1977 to 2007and from 2005 to 2012  in Bennington  VT. His patients have come from all over the world.

Recognized by his peers, Dr. Metzner was chosen as president of the Louisiana Society of Plastic and Reconstructive Surgeons and twice as president of the Double Boarded Society, a national organization limited to surgeons certified in both Plastic Surgery and Otolaryngology. Heis a three time recipient of the American Medical Association's Physician's Recognition Award and a four time recipient of the Appreciation Award from the North American Medical/Dental Association. He also received the prestigious Walter Scott Brown Award granted by the American Society for Aesthetic Plastic Surgery. He earned specialist recognition from Marquis' Who's Who, and was named one of the New Orleans' area Top Plastic Surgeons in the New Orleans Magazine survey.

Dr. Metzner was a member of the first cultural and scientific mission to the People's Republic of China. He is an author and international lecturer whose speaking engagements have taken him to Europe, South America and Asia.