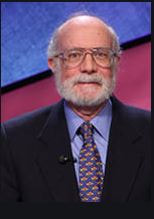 The relationship between a new president and the intelligence agencies that serve him can be difficult in the best of times. But it’s difficult to imagine a more turbulent period than Trump’s politicizing and marginalizing intelligence products while attacking an entire community as disloyal. Under President Biden the intelligence community has gained new leadership in an administration willing to listen rather than rejecting intelligence products that do not conform with policy preferences. This means marshaling the most objective set of facts possible, even if they clash with personal beliefs.

How is the new administration doing after just three months in office? Are Avril Haines as the first female Director of National Intelligence and Ambassador William Burns as Director of the Central Intelligence Agency good choices for maintaining the credibility of the intelligence community? To assess these and other issues we welcome Dr. Mark Lowenthal

In “retirement”, Dr. Lowenthal served as President and CEO of the Intelligence Security Academy, a national security education, training and consulting company in Arlington, Virginia. He is currently writing a history of U.S. intelligence since 1754.