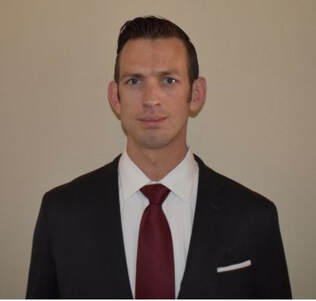 David Gupton is presently serving on Active Duty in the United States Air Force as a pilot on the EC-130H Compass Call at Davis-Monthan AFB, AZ. Within his 12 years of service, David has deployed experience throughout the Arabian Gulf in support of Operations Inherent Resolve and Spartan Shield and accrued 227 combat hours over 33 combat sorties. In addition to flying related duties, David manages and directs the plans and exercises office for the 55th Electronic Combat Group. Along with planning and supporting training events and exercises, he orchestrates global EC-130H movement by directly coordinating diplomatic clearances with foreign governments and embassies.

Prior to commissioning as an Air Force officer, David began as an enlisted member within the Aircrew Flight Equipment career field and rose to the rank of Staff Sergeant. His primary duties afforded him the opportunity to support the 64th and 65th Aggressor squadrons which maintained F-15 and F-16 life support and survival equipment at Nellis AFB, NV. While assigned to Nellis AFB, David assisted General Chuck Yeager with his life support equipment in preparation for General Yeager’s 65th anniversary flight from breaking the speed of sound. This opportunity inspired David to apply for a commission and a spot at Specialized Undergraduate Pilot Training. Upon receiving his silver wings, he completed four months of C-130H training at Little Rock AFB, AR, along with continuation training on the EC-130H at Davis-Monthan AFB, AZ.

David was born in Santa Ana, CA but grew up outside of Calipatria, CA. He earned a Bachelor’s of Science degree in Aeronautics from Embry-Riddle Aeronautical University in 2015. He earned a Master’s of Science in International Relations from Troy University in 2020, and a Master’s of Arts in Government with a concentration in Security Studies from The Johns Hopkins University in 2021.  David  enjoys spending time with his family; wife, Melissa and son, David,  along with reading up on articles pertaining to foreign relations.