The Global Impact of Putin's Aggression in Ukraine
with
Dr. Fiona Hill 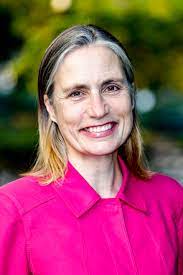 In a December interview, Putin lamented the fall of the Soviet Union, which he called, “The greatest geopolitical catastrophe of the twentieth Century. It was a disintegration of historical Russia. We turned into a completely different country. And what had been built up over 1,000 years was largely lost.” Putin wants dominance over Russia’s “lost” empire and security from threats posed by NATO and the US he sees as threats. The invasion of Ukraine is part of that vision.

The expected easy victory has turned into a costly, violent war with unanticipated geopolitical and geoeconomic consequences. Ukrainian forces have blunted the Russian onslaught and the credibility OF its military prowess. It is also deeply ironic that the invasion has awakened the European giant and new born unity to deter and punish Russian aggression. To assess the likely outcomes for both Ukraine, Russia and beyond we welcome Dr. Fiona Hill.

Dr. Hill is a former Senior Director for European and Russian Affairs of the White House National Security Council. She held this position when she first came into prominence during her testimony at the first Trump impeachment hearings. Previously, she was an Associate Director with the Belfer Center’s Strengthening Democratic Institutions Project.

From 2006 to 2009, she served as national intelligence officer for Russia and Eurasia at The National Intelligence Council. She is a frequent commentator on Russian and Eurasian affairs.

She served as director of strategic planning at The Eurasia Foundation in Washington, DC, from 1991 to 1999, and held several positions directing technical assistance and research projects at Harvard University’s John F. Kennedy School of Government.

Dr. Hill has published extensively on issues related to Russia and Vladimir Putin. MR PUTIN: OPERATIVE IN THE KREMLIN, was published by Brookings in 2013 and her most recent, widely noted Memoir, THERE IS NOTHING FOR YOU HERE, was published in 2021.

She holds a master’s in Soviet studies and a doctorate in history from Harvard University where she was a Frank Knox Fellow. She also holds a master’s in Russian and modern history from St. Andrews University in Scotland, and has pursued studies at Moscow’s Maurice Thorez Institute of Foreign Languages. Hill is a member of the Council on Foreign Relations, and a member of the board of trustees of The Eurasia Foundation.
​


Zoom Event
Online conference details will be shared with registered participants shortly before the event.