Understanding and Responding to Conflicts
Within The Islamic World
with
Dr. Gregory Gause 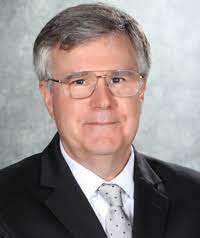 A popular trope these days is to attribute conflict within the Muslim world to sectarianism -- the Sunni-Shi'a split. While not discounting this factor, a more salient cause is the struggle for power and authority within so many Muslim countries, particularly Arab countries.  Libya, Lebanon, Yemen, Syria, and Iraq are all in a state of either civil war or something close to that. The Palestinian Authority is divided into warring factions. Iran is facing the largest wave of public protest since 2009. These upheavals encourage foreign intervention and raise regional tensions.

In this talk, Dr. Gause will address how the collapse and challenge to domestic authority in the Muslim Middle East is the driver for the current round of regional conflict.  This will lead into reflections on what role the United States has played in creating the current situation (think the Iraq War, among other things), how the United States might or might not deal with this regional crisis, and how it plays into important American interests like the Iranian nuclear program and
oil politics.

Dr. Gause is the Professor of International Affairs and John H. Lindsey ’44 Chair at the Bush School of Government and Public Service, Texas A&M University. From 2014 to 2022 he served as Head of the Department of International Affairs. He is the author of three books and numerous articles on the politics of the Middle East, with a focus on the Arabian Peninsula and the Persian Gulf. He was previously a Fellow for Arab and Islamic Studies at the Council on Foreign Relations in New York. During the 2009-10 academic year he was Kuwait Foundation Visiting Professor of International Affairs at the Kennedy School of Government, Harvard University. He was also a Fulbright Scholar at the American University in Kuwait and a research fellow at the King Faisal Center for Islamic Studies and Research in Riyadh, Saudi Arabia. He received his Ph.D. in political science from Harvard University in 1987 and his B.A. (summa cum laude) from St. Joseph's University in Philadelphia.