After the War:
Navigating Great Power Competition in a Globalized World
with
Charles Kupchan 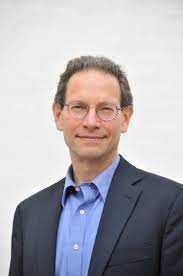 Charles A. Kupchan is Professor of International Affairs in the School of Foreign Service and Government Department at Georgetown University, and Senior Fellow at the Council on Foreign Relations.  From 2014 to 2017, Kupchan served as Special Assistant to the President and Senior Director for European Affairs on the National Security Council in the Obama White House. He was also Director for European Affairs on the National Security Council during the first Clinton administration. His most recent books are Isolationism: A History of America’s Efforts to Shield Itself from the World (2020), No One’s World: The West, the Rising Rest, and The Coming Global Turn (2012), and How Enemies Become Friends: The Sources of Stable Peace (2010).

Professor Kupchan’s presentation is titled: “After the War: Navigating Great-Power Competition in a Globalized World.” The war in Ukraine ensures that great-power competition and ideological division are back. As a consequence of Russia’s invasion, a democratic bloc anchored by the United States appears headed for militarized rivalry with an autocratic bloc anchored by Russia and China. Much of the rest of the world appears reluctant to choose sides, likely making the emerging world more multipolar than bipolar in character and practice.  Navigating this new world will be particularly challenging for the United States.  China represents a more formidable peer competitor than the Soviet Union ever did. The world is much more interdependent than it was during the Cold War, necessitating that the United States works across ideological dividing lines to manage climate change, global health, international commerce, and other global challenges. The West continues to confront polarization and illiberal populism; it is not as politically healthy as it once was. Kupchan will unpack this emerging global landscape and discuss America’s strategic options.