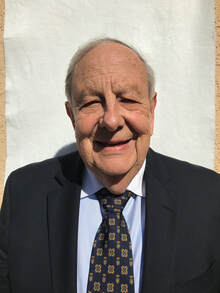 After serving 22 years with the United Nations Development Programme (UNDP), Roy Morey retired in December 1999 and moved to Tucson with his wife, Delores. During Morey’s tenure with the UNDP, he was Deputy Director of the Regional Bureau for Asia and the Pacific at UNDP headquarters in New York, and Director of the UNDP office in Washington, D.C. He served as the UNDP Resident Representative and UN Resident Coordinator (with the rank of ambassador) in the South Pacific (1981-1983), China (1988-1992) and Vietnam (1992-1996) with overall responsibility for all UN development efforts. He also served as UNDP Deputy Resident Representative in Thailand (1978-1981)

Before joining UNDP, Morey served on the White House staff under President Richard Nixon (1971-1973) and as Deputy Assistant Secretary of State for International Organization Affairs (1973-1977)