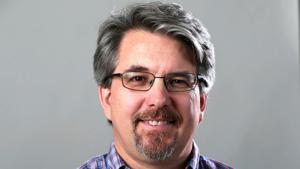 Nearly every American agrees there is a crisis on the U.S.-Mexican border.  But the precise nature of the crisis has sharply divided the nation. Are we facing a national security crisis from waves of immigrants who threaten to overwhelm our border or a humanitarian crisis in dealing with Central American migrants seeking asylum? Or both?  And what are the solutions?

For Trump the solution is his deep political commitment to building a border wall as his base demands.  Ironically, the threats outlined by the president are least likely to be stopped by a wall—drugs, criminals, human trafficking and other threats that are most commonly discovered at border crossing and domestic air ports.

The root causes of our current crisis are the social and economic collapse in the countries of Central America’s impoverished Northern Triangle — Guatemala, El Salvador and Honduras.

Desperate people fleeing catastrophic problems that include food insecurity and crop failure in drought-ravaged rural areas of the region, and rampant, lethal criminality by gangs and drug cartels that dominate whole towns and neighborhoods. Rather than tackling Central America’s challenges head-on, the administration has cut development aid to Northern Triangle countries.  This has contributed to the wave of immigrants seeking asylum hearings, overwhelming the system and creating a humanitarian crisis.

To assess these complex and divisive issues we welcome Mr. Tim Steller, a journalist with the Arizona Daily Star.  Tim is a 20-year veteran of reporting and editing.  He digs into issues and stories that matter to Southern Arizona. He has researched and traveled the border extensively sorting facts from fiction and has offered options for managing the complex crises confronting us.