The Role of the News Media
in Covering the Trump Administration
at Home and Abroad
Dr. David Cuillier 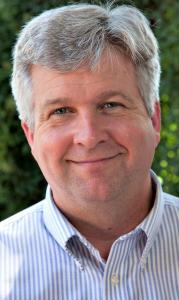 The fourth estate is experiencing unprecedented transitions—from radio, newspapers, network news to a proliferating array of social media and cable television. Together, these collective sources contribute to and reinforce the sharp ideological divide the country is experiencing. A growing number of Americans live in “bubbles” where partisan media confirm their biases.

On top of this, the President has attacked the media declaring that it “hates our country”, and publishes “fake news”.  Presidential tweets have become “his voice”— a new, direct means of communicating with the American people and bypassing traditional media sources.

Democracy assumes a well-informed citizenry that argues about solutions, not facts.  But a recent RAND Corporation study entitled, “Truth Decay” shows how far our country has strayed from this model. It argues:
Together, these trends do a disservice to institutions that are vital to a healthy democracy. They also raise several important questions:
To assess these difficult and sensitive issues we welcome Dr. David Cuillier.

Dr. Cuillier is director of the University of Arizona School of Journalism where he researches access to government information and teaches media law, ethics, and data journalism. He was a newspaper reporter and editor in the Pacific Northwest for a dozen years before earning his doctorate at Washington State University in 2006 and entering academia at the UA, where he became school director in 2011. He served as president of the Society of Professional Journalists, the largest and oldest organization of journalists in the nation. He also serves on the National Freedom of Information Coalition board. He has testified three times before Congress regarding the Freedom of Information Act and is co-author of "The Art of Access: Strategies for Acquiring Public Records."
​