Successes & Failures in the War on Terrorism
with
Dr. Bruce Hoffman 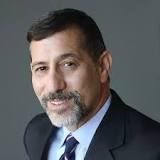 The United States military is engaged in counterterrorism missions in 80 nations on six continents.  The “long war” as it has been called since 9/11 is indeed global in scope.  Afghanistan is the crucible from which a multinational jihad complex was spawned—an unintended consequence of our efforts to destroy both the Taliban and al Qaeda. But what really constitutes terrorist threats to the United States today?  There are terrorist organizations like al Qaeda and ISIS with global objectives and other groups with narrow, local or regional objectives.  Each may require distinct responses or even no response.  Our strategy also requires a “whole of government” participation—diplomatic engagement with allies, economic assistance, security training and support and most of all a superlative intelligence community to deter and disrupt threats to the homeland.  Where have our efforts to combat terrorism succeeded, where have they failed and what are the lessons learned?

To survey this complex landscape, we welcome Dr. Bruce Hoffman.

Bruce Hoffman has been studying terrorism and insurgency for over four decades. He is currently the Shelby Culloom and Kathryn W. Davis Senior Fellow for Counterterrorism and Homeland Security at the Council on foreign Relations and the George H. Gilmor Senior Fellow at the Y.S. Military Academy’s Combating Terrorism Center.  Hoffman is a tenured professor in Georgetown University’s Walsh School of Foreign Service and until recently was director of its Center for Security Studies and Security Studies Program. He is also visiting Professor of Terrorism Studies at St Andrews University, Scotland. Hoffman previously held the Corporate Chair in Counterterrorism and Counterinsurgency at the RAND Corporation, where he was also director of RAND’s Washington Office and vice president for external affairs.

Hoffman was appointed by the U.S. Congress as a commissioner on the 9/11 Review Commission and has been Scholar-in-Residence for Counterterrorism at the Central Intelligence Agency; adviser on counterterrorism to the Coalition Provisional Authority, Baghdad, Iraq; and, an adviser on counterinsurgency to Multi-National Forces-Iraq Headquarters, Baghdad, Iraq. Hoffman’s most recent books include The Evolution of the Global Terrorist Threat (2014); Anonymous Soldiers (2015); and, Inside Terrorism (3rd edition, 2017).