Trump vs. the Intelligence
and Military Communities
with
Frank Figliuzzi
​ 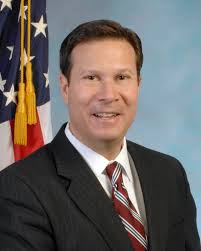 Presidents and politicians come and go. But our country’s collective values are embodied in and preserved by institutions not politicians. Now those institutions and their professionals are under attack from the highest levels. When institutions are attacked, undermined and even exploited, we start doubting our values, our democracy and even ourselves. And, when those attacks include our intelligence and military, we may even start doubting the truth at a time when our policy makers need that truth more than ever.

This breakdown of trust isn’t only between the President and certain agencies. This crisis impacts public perception of those agencies and ultimately those agencies effectiveness. And, beyond our borders, America’s relationships with key allies and their intelligence services are under unprecedented stress. All of this makes our country, its leadership, and our security more vulnerable than any time in modern history.

Intelligence and military professionals are playing an active role in the impending impeachment of a President as they testify, first in closed depositions, and next in public hearings. Are they a “deep state” or do they simply comprise the State? Are they bureaucrats unable to adapt to a President who disdains the Washington way, or, are will they become heroes defending the American way?

We’ll explore the current and future state of our institutions and their relationship with the Oval Office with Tucson resident Frank Figliuzzi.

Frank Figliuzzi is the former FBI Assistant Director for Counterintelligence and served 25 years as a Special Agent. He directed all espionage investigations across the U.S. government, frequently briefing the White House, Congress, and Attorney General. Now a national security analyst for NBC and MSNBC his frequent television appearances help explain complex issues during these complicated times.