Re-engaging with the War on Climate Change
with
Alice Hill 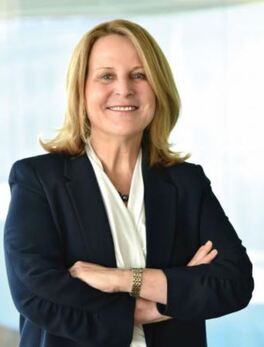 ONLINE CONFERENCE EVENT
​7 December, 2021 5pm - Zoom Online Service
Registration: CLOSED
​
From human health to the world's food supply, from water scarcity to widespread migration and violence, the threats from climate change are much larger than previously thought. A recent study has found that at least 85 percent of the global population already suffers climate impacts. U.N. Secretary General António Guterres called a “code red for humanity,” in a report that warned so much carbon dioxide had already been baked into the atmosphere that further major ecological and social damage was inevitable and the world should begin now to plan for it. The Biden administration’s budget proposals have directly spelled out the urgency for action.

The October Glasgow conference (COP26) was widely viewed as a make-or-break moment for arresting global warming. The main issue was whether the delegates listened to the science, looked clearly at what’s happening in the world around them and then provided action plans to match their aspirations. The results were mixed.

She is the David M. Rubenstein senior fellow for energy and the environment at the Council on Foreign Relations. Her work at CFR focuses on the risks, consequences, and responses associated with climate change. Ms. Hill previously served as special assistant to President Barack Obama and senior director for resilience policy on the National Security Council staff where she led the development of national policy to build resilience to catastrophic risks, including climate change and biological threats. Her coauthored book, Building a Resilient Tomorrow, was published in 2019. Hill’s new book, The Fight for Climate After COVID-19, was published in September 2021.

In 2009, Hill served as Senior Counselor to the Secretary of the U.S. Department of Homeland Security (DHS), in which she led the formulation of DHS's first-ever climate adaptation plan and the development of strategic plans regarding catastrophic biological and chemical threats, including pandemics. While at the Department of Homeland Security, Hill founded and led the internationally recognized anti-human trafficking initiative, the Blue Campaign. Hill served as a research fellow at Stanford University’s Hoover Institution from 2016 to 2019, during which time she was awarded the National Institute of Building Sciences’ President’s Award and the Rockefeller Foundation’s Bellagio Center Writing Fellowship. In 2016, Harvard University’s National Preparedness Leadership Initiative also named her Meta-Leader of the Year. Earlier in her career, Hill served as supervising judge on both the superior and municipal courts in Los Angeles and as chief of the white-collar crime prosecution unit in the Los Angeles U.S. Attorney’s office. The Department of Justice awarded her its highest accolade, the John Marshall Award for Outstanding Legal Achievement.

Hill earned her bachelor’s degree in history and economics with distinction from Stanford University and her law degree from the University of Virginia School of Law.