America's Foreign Policy in the Trump Era:
The Players and Their Playbooks
with
Richard Fontaine
​ 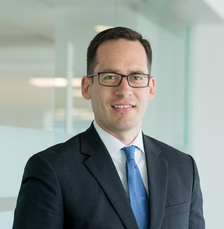 President Trump’s administration has been marked by significant departures in foreign policy and a fluid set of senior national security officials. It has pursued an unconventional approach to America’s relations with the world and   charted a new course on China, Russia, Iran, North Korea, NATO, North Korea and other countries. Does the Trump administration today have a coherent foreign policy approach and, if so, what does its playbook look like? How, if at all, have recently appointed senior officials changed priorities? And finally, with the November elections over, will the predicted departures of key staff members alter the course of our foreign policy?

To assess these dynamics, and to offer insights into the life of our late Senator John McCain, we welcome Mr. Richard Fontaine.

Richard Fontaine is the President of the Center for a New American Security. He served as a Senior Fellow at CNAS from 2009-2012 and previously as foreign policy advisor to Senator John McCain for more than five years.  He has also worked at the State Department, the National Security Council and on the staff of the Senate Foreign Relations Committee.

Mr. Fontaine served as the minority deputy staff director on the Senate Armed Services Committee.  Prior to this, he served as associate director for Near Eastern affairs at the National Security Council.

During his time at the State Department, Mr. Fontaine worked in the office of former Deputy Secretary of State Richard Armitage and in the department’s South Asia bureau. Mr. Fontaine began his foreign policy career as a staff member of the Senate Foreign Relations Committee, focusing on the Middle East and South Asia.

SPACE LIMITATION: Event capacity at the Arizona Inn is limited, so it might become necessary to restrict the number of registrations accepted for this event. Please assist us by registering (and paying) early and by observing the limit on the number of guests. Members of TCFR may register using this registration link: