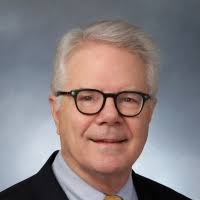 LUNCHEON
​6 December, 2017   Arizona Inn, 11:30am Reception - 12pm Lunch
For decades after Mao died, leaving China poor and isolated, leaders in Beijing preached that China should stay out of the international arena and focus on economic growth at home. “Hide our strength and bide our time,” was the policy Deng Xiaoping laid down at the end of the Cold War. But that modesty has been replaced by a confident and assertive China under President Xi Jinping. At the November Party Congress Xi consolidated his power and vowed to spearhead the “great rejuvenation” of the Chinese nation. He declared China is becoming a “mighty force” in the world and a role model for political and economic development.

Xi wants to make the 21st century into the Chinese Century, and his "One Belt, One Road" initiative is the strategic concept for doing so. It's a staggeringly massive development project spanning dozens of countries — the most ambitious global engineering endeavor the world has seen since the Roman Empire. The overland "belt" part entails highways, railways, and all their supporting infrastructure.

The maritime "road" part consists of new ports, ships, and sea routes from southern China across the Indian Ocean to Africa and through the Mediterranean Sea to Europe. If all these projects bear fruit, trade along these routes will exceed $2.5 trillion a year. Already, China has invested $1 trillion in the project, and 68 governments and international organizations have agreed to participate.

The Chinese see President Trump's "America First" protectionist policies as a great opportunity to replace the U.S. as the driving engine of global trade.

Still, there are significant domestic challenges that could easily curtail China’s ambitious plans. To assess the probable success or failure of China’s domination of the global economy we welcome Dr. David Lampton.

Dr. Lampton is Hyman Professor and Director of China Studies at the Johns Hopkins School of Advanced International Studies. Formerly President of the National Committee on United States-China Relations, he is the author of many books including, The Three Faces of Chinese Power: Might, Money, and Minds, with prior publications appearing in: Foreign Affairs, Foreign Policy, The American Political Science Review, The China Quarterly, The New York Times, The Washington Post, and many other venues popular and academic in both the western world and in Chinese speaking societies. He received his BA, MA, and PhD degrees from Stanford University.  His newest book, Following the Leader: Ruling China, from Deng Xiaoping to Xi Jinping, was published in January 2014.
​