The Past & Future of American-Iranian Relations
with
Dr. John Ghazvinian 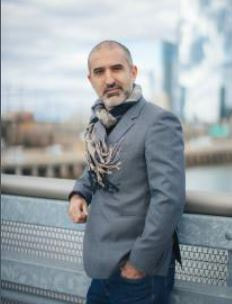 The protracted struggle to end Iran’s nuclear weapons program masks a three-hundred-year history of a relationship surprisingly positive in nature. America was the benevolent balancer in Persia’s struggle against Russia and the British Empire.

In his 600-page history Dr. Ghazinian documents how the contemporary relationship came to rest on the brink of war. For Americans, the conflict began with the Ayatollah Khomeini and the 1979 hostage crisis.  For Iranians, the contemporary crisis began in 1953 with the CIA’s successful effort to overthrow the democratically elected Prime Minister Mohammad Mosaddeq.  Mosaddeq was replaced by the exiled Shah, introducing over two decades of repression and lavish spending rivaling all predecessors. For the US, the Shah was our Cold War ally and forward defender against the Soviet Union, playing a similar role we had once played for Iran against the British and Russians.

Will the long cycles in American-Iranian relations ever be normalized? To link the past and future we are delighted to have Dr. John Ghazvinain.

He is an author, historian and former journalist, specializing in the history of US-Iran relations. His latest book, America and Iran: A History, 1720 to the Present, is a comprehensive new survey of the bilateral relationship, based on years of archival research in both Iran and the United States, which he has been working on since 2008. He is also author of Untapped: The Scramble for Africa's Oil, as well as coeditor of American and Muslim Worlds before 1900 . He has written for such publications as Newsweek, The Nation, the Sunday Times and the Huffington Post, and has taught modern Middle East history at several colleges and universities in the Philadelphia area. He earned his doctorate in history at Oxford University, and was the recipient of a "Public Scholar" fellowship from the National Endowment for the Humanities in 2016-2017, as well as a fellowship from the Carnegie Corporation's special initiative on Islam in 2009-2010. Ghazvinian is Executive Director of the Middle East Center at the University of Pennsylvania.