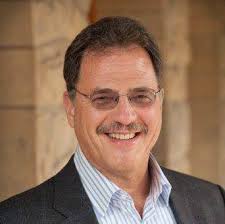 Dr. Larry Diamond, author of a prescient new book, ILL WINDS: SAVING DEMOCRACY FROM RUSSIAN RAGE, CHINESE AMBITION, and AMERICAN COMPLACENCY, argues we are experiencing a “democratic recession”, and authoritarian forces everywhere perceive that there is no longer any price to pay for ruling as arbitrarily as they want. “Today, every type of regime is getting worse.”    Even liberal democracies are becoming more intolerant, electing authoritarian personalities while the United States has retreated from its traditional role as both champion and exemplar of democracy. And others are prepared to fill the void.  Russian Foreign Minister Sergei Lavrov has asserted that for the first time in many years there was real competition in the market place of ideas between different value systems.

To assess these global trends and what needs to be done to reverse them we welcome Dr. Larry Diamond.

Dr. Diamond is a senior fellow at the Hoover Institution. For more than six years, he directed the Center on Democracy, Development, and the Rule of Law.  He is the founding coeditor of the Journal of Democracy, and serves as senior consultant at the International Forum for Democratic Studies of the National Endowment for Democracy. His research focuses on democratic trends and conditions around the world, and on policies and reforms to defend and advance democracy. He has edited or coedited more than forty books on democratic development around the world.

During 2002–03, Dr. Diamond served as a consultant to the US Agency for International Development (USAID) and was a contributing author of its report, Foreign Aid in the National Interest. He has also advised and lectured to universities and think tanks around the world, and to the World Bank, the United Nations, and the State Department.

During the first three months of 2004, he served as a senior adviser on governance to the Coalition Provisional Authority in Baghdad. His 2005 book, Squandered Victory, was one of the first books to critically analyze America's postwar engagement in Iraq.