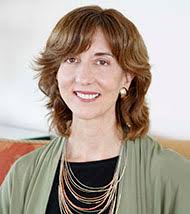 While the President, key members of his administration and some members of Congress deny the vast body of scientific evidence on the causes and gravity of climate change, Defense Secretary Mattis has embraced the need to prepare for its consequences. Mattis has argued, “Climate change is impacting stability in the world and the military should incorporate climate related causes of instability into their planning.” The intelligence community agrees.

Ms. Barbara Finamore will discuss these threats from climate change, the consensus within the global scientific community on its causes, and the political forces denying climate change, now unique to the United States after President Trump announced plans to withdraw from the Paris Climate Accord. She also will discuss the world’s two largest carbon polluters—China and the U.S.—and what each is doing to reduce these global threats to the
planet.

Barbara Finamore is the Senior Director for Asia at the Natural Resources Defense Council (NRDC). Ms. Finamore founded NRDC’s China Program, which promotes innovative policy development, capacity building and market transformation with a focus on climate, clean energy, and environmental protection. She has had thirty-five years of experience in environmental law and energy policy. She has also worked in NRDC's nuclear nonproliferation program, at the U.S. Departments of Justice and Interior, and as a consultant to the United Nations Development Program and the Center for International Environmental Law. Ms. Finamore served as President and Chair of the Professional Association for China's Environment (PACE), and is the co- founder and President of the China-U.S. Energy Innovation Alliance, a nonprofit organization that works with China and the U.S. to accelerate energy innovation because clean energy protects the planet and promotes economic growth and energy security. She holds a J.D. degree with honors from Harvard Law School. Ms. Finamore is currently writing a book on Chinese efforts to combat climate change.
​