Is It Too Late to Reverse Climate Change?
with
Dr. Diana Liverman 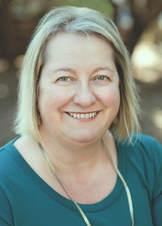 Fall 2018 saw two major reports that raised the alarm about the need to respond to climate change. The Fourth National Climate Assessment, released by the U.S. government in November, puts it starkly: “Observations collected around the world provide significant, clear, and compelling evidence that global average temperature is much higher, and is rising more rapidly, than anything modern civilization has experienced, with widespread and growing impacts.”

The report attributes these changes to human activities, such as fossil fuel burning, that produce greenhouse gases and warns that if warming continues: “High temperature extremes, heavy precipitation events, high tide flooding events along the U.S. coastline, ocean acidification and forest fires in the western United States and Alaska are all projected to continue to increase, while land and sea ice cover, snowpack, and surface soil moisture are expected to continue to decline in the coming decades.”

The United Nations’ Intergovernmental Panel on Climate Change (IPCC) released a report in October on limiting global warming to 1.5°C. The report was prepared  by 91 scientists from 60 countries who assessed more than 6000 recent papers on climate change.  They concluded that for a chance of limiting warming to safe levels, greenhouse gas emissions would need to be reduced by half in the next 12 years.  The US played down the conclusions of the report at the UN climate negotiations in December with a US delegate stating that “We strongly believe that no country should have to sacrifice economic prosperity or energy security in pursuit of environmental sustainability”.

Tucsonan Diana Liverman was involved with both reports and will provide insights on their results and recommendations.

Dr. Liverman is Regents Professor of Geography and Development, at the University of Arizona. She is an expert on the human dimensions of global environmental change and the impacts of climate on society with a regional focus on Latin America. Born in Ghana where her father  was working on the Volta project she developed an early appreciation for environment and development.  Her impressive work over the years has received several awards and led to her most recent work as a lead author for the IPCC and review editor for the US National Climate Assessment.