Brexit and the Future of the
European Union
with
Dr. Amanda Sloat 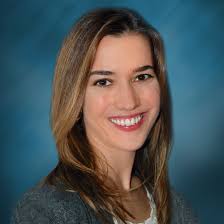 On January 31, the United Kingdom left the European Union after 47 years of membership. The British electorate narrowly voted in a June 2016 referendum to leave the EU. Yet it took three prime ministers, two elections, three extensions, and months of contentious negotiations to finalize the divorce. Now the hard part begins, as the two sides have an 11-month transition period to determine their future economic, political, and security relations.

These discussions are set against a challenging backdrop on both sides of the English Channel. In Britain, the electorate remains deeply divided over Brexit, Scotland wants a second independence referendum, and Northern Ireland could face pressure to unify with Ireland. The EU has suffered in recent years from rising populism and growing support for right-wing parties in some member states, a financial crisis, a migration crisis, and an American president who views the bloc as an “economic foe.”

Does Brexit herald a “Global Britain” that flourishes economically outside EU regulatory constraints and strikes advantageous trade deals with countries like the United States? Or does it result in an economically weakened and internationally isolated middling country that is plagued by domestic tensions? And what becomes of the European Union after it loses a key member during a period of strained transatlantic relations?

To assess these complex issues, we welcome Dr. Amanda Sloat.

Amanda Sloat is a Robert Bosch senior fellow in the Center on the United States and Europe at the Brookings Institution. She is also a fellow with the Project on Europe and the Transatlantic Relationship at Harvard Kennedy School’s Belfer Center for Science and International Affairs. She served in the U.S. government for nearly a decade, most recently as deputy assistant secretary for Southern Europe and Eastern Mediterranean Affairs at the State Department. She also served as senior advisor to the White House coordinator for the Middle East, North Africa and Gulf region and as senior advisor to the assistant secretary of state for European and Eurasian affairs. Dr. Sloat previously worked as senior professional staff on the US House of Representatives Foreign Affairs Committee, with responsibility for European policy. She holds a Ph.D. in politics from the University of Edinburgh and a B.A. in political theory from James Madison College at Michigan State University.