Covering Politics in a "Post-Truth" World
with
Susan Glasser 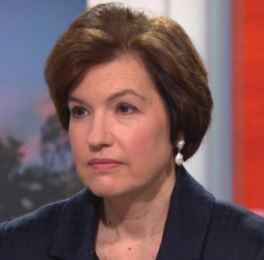 ONLINE CONFERENCE EVENT
​10 November, 2021 5pm - Zoom Online Service
Registration: CLOSED
​
How to cover politics at this fraught time in democracy? Our speaker, a veteran Washington correspondent and former top editor of several Washington publications, surveys the broad media landscape, the assault on truth and spread of misinformation, “alternative facts,” and outright lies—and what it means for our troubled politics.

Ms. Glasser is a staff writer at The New Yorker, where she writes a weekly column on life in Washington. Glasser has served as the top editor of several Washington publications; most recently, she founded the award-winning Politico Magazine and went on to become the editor of Politico throughout the 2016 election cycle. She previously served as the editor-in-chief of Foreign Policy, which won three National Magazine Awards, among other honors, during her tenure.

Before that, she worked for a decade at The Washington Post, where she was the editor of Outlook and national news. She also oversaw coverage of the impeachment of Bill Clinton, served as a reporter covering the intersection of money and politics, spent four years as the Post’s Moscow co-bureau chief, and covered the wars in Iraq and Afghanistan. She edited Roll Call, a Capitol Hill newspaper, early in her career.

Her books include “Kremlin Rising” and “The Man Who Ran Washington,” both of which she co-wrote with her husband, Peter Baker, a correspondent with the New York Times.