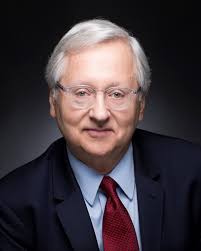 In the aftermath of the 2016 election and during the tumultuous year and a half of the Trump presidency, observers across the political spectrum have struggled to anticipate the likely consequences for American democracy.  Never before has a sitting president so harshly questioned the integrity of elections, challenged the separation of powers and verbally threatened the freedom of the press.

Many on both sides of the political divide were surprised that American democracy gave the nation a president like Donald Trump.  But if Trump is both a threat to our democracy and a product of its weaknesses, the citizen activism he has inspired is the antidote—providing the foundation for an era of democratic renewal and vindicating our long experiment in self-rule.

The essential first step to commence such a renewal would be for the Democrats to gain a foothold in Trump’s Washington by winning control of one or both chambers of Congress in the 2018 midterm elections.  Did they succeed?  If so, will they use their new leverage to contain the damage and begin to set a course for grappling with our domestic and international challenges?  If not, all bets are off.  Climbing back from the abyss will be that much more perilous and uncertain.  To assess whether or not it is likely a new era of democratic renewal is possible, we welcome Dr. Thomas Mann.

Dr. Mann is one of the country’s premier political scholars.  Last year he and his colleagues E.J. Dionne, Jr. and Norman Ornstein published:  One Nation After Trump:  A Guide for the Perplexed, the Disillusioned, the Desperate, and the Not-Yet-Deported.  This book was a New York Times and Washington Post bestseller.  It has now been re-released in paperback.  Mann is the author or co-author of an additional 14 books on American government and politics.

Dr. Mann is Senior Fellow in Governance Studies at the Brookings Institution in Washington and Resident Scholar, Institute of Governmental Studies, University of California, Berkeley.  He held the W. Averell Harriman Chair at Brookings between 1991 and 2014.  Mann has taught at Princeton University, Johns Hopkins University and Georgetown University.  He lectures frequently in the United States and abroad on American politics and public policy and is also a regular contributor to newspaper stories and television and radio programs.  He and Norman Ornstein were named by Foreign Policy magazine among “Top 100 Global Thinkers" of 2012 for "diagnosing America’s political dysfunction.”