From Mao to Xi:
The Rise of China as a Global Player
with
Dr. Michael Auslin 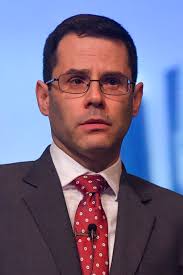 The tariff wars are the most recent and divisive issue involved in our complex relationship with China as it moves aggressively ahead in its attempt to become the world’s largest economy. From the Chinese perspective, this goal is a restoration of “normalcy” after a century of humiliation at the hands of various colonial powers.

China sees the existing rules-based order as one invented by the victors of WWII at a time when China did not have a seat at the table.  Xi has no intention to follow that order once China’s power rivals that of the U.S.

It was a long-held belief that economic interdependence would be a deterrent to Chinese aggression and would make China an ally in our efforts to denuclearize North Korea. Trump’s coercive economic policies are de facto efforts to decouple the world’s two largest economies with ripple effects being felt around the globe.

Four decades of unequal U.S.-China economic relations have helped fuel China’s modernization in the post-Mao Zedong era. Since the death of Mao, the Communist Party has based its legitimacy on economic development; any threat to continued growth carries political implications that cut to the heart of CCP rule. No other issue that has the potential to undermine the CCP’s overall national strategy.

But economic disruptions have not been limited to China.  The American economy is being affected as well, most notably in the agricultural heartland where vital exports are being crippled with a potential loss of markets, and in the retail and manufacturing sectors as well.

These are but a few of the challenges posed by China.  Others include cyber conflict, intellectual property rights, efforts to be the leader in high tech to include artificial intelligence, and rapid military modernization.  These issues have produced bipartisan support for challenging China.

To address these long-term challenges, we welcome Dr. Michael Auslin.

Dr. Michael Auslin is the Payson J. Treat Fellow in Contemporary Asia at the Hoover Institution, Stanford University.  He specializes in contemporary and historical U.S. policy in Asia and political and security issues in the Indo-Pacific region.

A best-selling author, Dr. Auslin’s latest book is The End of the Asian Century:  War, Stagnation, and the Risks to the World's Most Dynamic Region. He is a longtime contributor to the Wall Street Journal and National Review, and his writing appears in other leading publications, including The Atlantic, Financial Times, Foreign Affairs, and Politico. He comments regularly for US and foreign print and broadcast media.