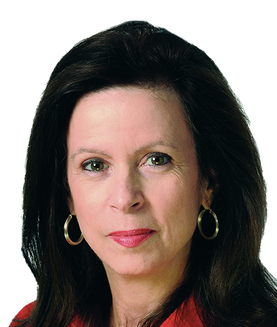 ONLINE CONFERENCE EVENT
​19 October, 2021 5pm - Zoom Online Service
Registration: CLOSED
​
The Middle East and South Asia have gone through tectonic shifts in the 21st Century–traumatic wars and democratic uprisings, the redrawing of the regional map by jihadi extremists, and both massive U.S. interventions and abrupt withdrawals. Today, the Middle East faces profound challenges that will absorb global attention, even as the U.S. attempts to pivot to Asia. Politically, history has not ended in this region as corrupt autocrats deepen their hold or extremism in diverse forms rule states. Freedoms, especially for females and the most populous young sector, face a deficit. Oil – the economic wellspring – no longer ensures long-term stability either in rich states or the poor recipients of their aid. To explore these and other issues in the region and how they affect American interests we welcome Ms. Robin Wright.

Ms. Wright is a joint fellow at the US Institute of Peace and the Woodrow Wilson International Center for Scholars and a columnist for The New Yorker. She has reported from more than 140 countries on seven continents and has covered a dozen wars and several revolutions. She is a former diplomatic correspondent for The Washington Post and has also written for The New York Times Magazine, TIME, The Wall Street Journal, The Atlantic, the Los Angeles Times, Foreign Affairs and many others. Wright has also been a fellow at the Brookings Institution, Carnegie Endowment for International Peace as well as Yale, Duke, and the University of California.

Among several awards, Wright received the UN Correspondents Gold Medal, the National Magazine Award for reportage from Iran in The New Yorker, and the Overseas Press Club Award for “best reporting in any medium requiring exceptional courage and initiative” for her coverage of African wars. The American Academy of Diplomacy selected Wright as the journalist of the year for her “distinguished reporting and analysis of international affairs.” She also won the National Press Club Award for diplomatic reporting and has been the recipient of a John D. and Catherine T. MacArthur Foundation grant.

She has been a television commentator on morning and evening news programs on ABC, NBC, CBS, PBS, CNN and MSNBC as well as “Meet the Press,” “Face the Nation,” “This Week,” “Nightline,” “PBS NewsHour,” “Frontline,” “Charlie Rose,” “Washington Week in Review,” “Hardball,” “Morning Joe,” “Anderson Cooper 360,” “The Situation Room,” “The Colbert Report” and HBO’s “Real Time.”

Her most recent book, ROCK the CASBAH: RAGE and REBELLION ACROSS the ISLAMIC WORLD, was selected as the Best Book on International Affairs by the Overseas Press club.


Zoom Event
Online video conference details will be shared with registered participants shortly before the event.