The Russian Invasion of American Democracy
with
Steven Hall 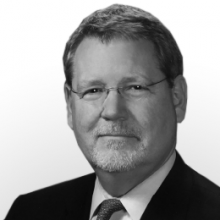 The American Intelligence community has been unanimous in its conclusions that Russia, under the direction of Vladimir Putin, has injected multiple efforts in the 2016 elections to influence outcomes. The Russians floated their covert-action propaganda through Facebook, Twitter, WikiLeaks and other social media outlets.

The Kremlin has already targeted the upcoming U.S. mid-term elections with the goal of casting doubt on the validity of the polling and perhaps hoping to clandestinely alter the outcome of key races. Moscow also seeks ways to clandestinely muddle European politics, focusing on far-right and populist movements in the hopes they will cause internal dissent. The president continues to conflate Russian intervention with “collusion” by him or his campaign. The “Russian Hoax” as he refers to these events has weakened our national and bipartisan efforts to expose, deter, and counter Russian efforts.

To assess these Russian interventions, their past and future impacts on our democratic process, we welcome Mr. Steven Hall.

Steven Hall retired from the Central Intelligence Agency in 2015 after 30 years of running and managing intelligence operations in Eurasia and Latin America. Mr. Hall finished his career as a member of the Senior Intelligence Service, the small cadre of officers who are the senior-most leaders of the CIA's Clandestine Service.

Most of Mr. Hall's career was spent abroad, overseeing intelligence operations in the countries of the former Soviet Union and Warsaw Pact. As an executive at CIA headquarters, Mr. Hall also focused on cyber threats, security and counterintelligence, and counterterrorism. He has been a Chief of Station multiple times and has worked closely with the FBI, the U.S. military and other U.S. government agencies. Mr. Hall also acted as the Clandestine Service’s senior liaison officer to Congressional intelligence oversight committees in Washington, D.C.

Mr. Hall is a recipient of CIA's Donovan Award, as well as CIA's Distinguished Career Intelligence Medal.  He is a graduate of the College of William and Mary in Virginia. Mr. Hall is also a national security analyst for CNN.